Over a stirring background of twangy western guitar and whooping background vocals, Robin sings of a world beyond the physical: “Would you believe me if I told you/There’s a sun beyond the clouds?…I’ll take you on an airplane/Show you what your eyes don’t see”.

You can hear the song on Soundcloud (below), Spotify, and iTunes. 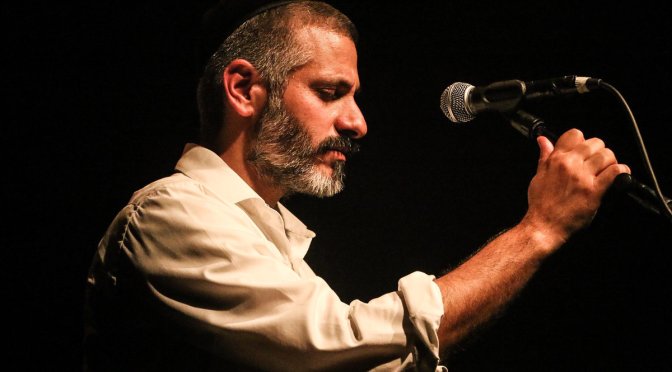 Eviatar Banai has never been the type to stay in one spot musically. A member of one of Israel’s most prolific showbiz families, he spent the late ’90s transitioning between piano-driven chamber pop and moody experimental electronica, all the while exuding era-appropriate angst, alienation, and self-loathing – think Ben Folds meets Radiohead with a dash of Sting. But when he joined his cousin, folk rocker Ehud Banai, in becoming Orthodox in the early 2000s, not only did his lyrics start to take on a more spiritual sheen, but his subsequent two albums evolved his sound into a more conventional alternative rock setup. This approach brought him back into the Israeli mainstream, but had some of his old fans wondering if a devoutly religious family man could ever match the intensity of the angry young indie rocker he had once been.

Fortunately, over the past decade, Banai has managed to find compromise, both spiritually and musically. His last album, 2013’s Yafa Kalevana (Pretty as the Moon), brought him into a dreamy indie pop realm and revived his trademark instinct to question absolutely everything, even his own religious commitment. Leshonot Shel Esh (Flames), which just released this week, takes that framework and doubles down on it.

With production handled by Tamir Muskat of Balkan Beat Box, there are some truly sublime songs here. Opener “Or BaTzel” (Light in the Shadow) is indie folk just aching with bittersweet longing. The title track is a tense build to a mizrahi firebomb of a chorus. “Chotzim Et HaRechov” (Crossing the Street) has some of Banai’s most chillingly good vocals on record. “Achshav” (Now) and “Omes Yeter” (Overload) do an excellent job of blending somberness with urgency. And “Tamid Lifnei HaGeshem” (Always Before the Rain) is just plain beautiful.

Not everything lands, of course: “Pergola” (It’s An English Word, Look It Up) is fun and clever in its mockery of Banai’s public image but a bit too self-aware to really click; “Adam Nizrak” (Man Was Thrown) suffers from serious verse/chorus disconnect; “Ata” (You), another Banai duet with glam rocker Aviv Geffen, has a nice melody but is almost caveman-like in its lyrical simplicity. Really, much of the tail end of the album seems out of place, as if the songs were meant for a different album and just happened to end up here.

But overall, Banai gets more right than wrong here, and what he gets right is so beautifully well-crafted as to completely overshadow the missteps.

Leshonot Shel Esh is available to stream on Bandcamp (below) and Spotify, and can be purchased on Amazon and iTunes. You can also follow Eviatar Banai on his website and on Facebook. 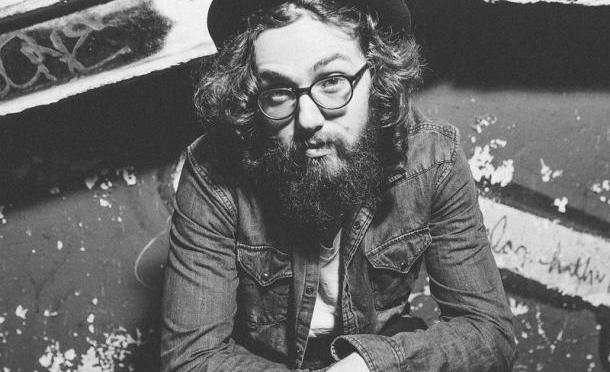 Being long removed from peak pop culture influence hasn’t stopped Matisyahu from continuing to impact the JM scene through a number of proteges. The latest of these is Ithaca-based indie rapper Zeke Finn, whose self-titled debut EP, produced by Stu Brooks, comes out today.

While Finn draws from a lot of the same wells as his mentor – hip-hop, reggae, alternative, jam – he has something a bit darker and weirder going on. Whereas Matis made his name as a friendly role model for the troubled youth, Zeke Finn IS that troubled youth, and he has no problem putting his very human flaws and confusion front and center, whether or not they’re going to get solved. Musically, his website says he grew up hearing hippie jam bands at GrassRoots Festival, and there’s very much a trippiness to his dream-pop-inspired beats that makes a delicious counterpoint to the confessional lyrics.

You can check out his video for “Plight”, featuring the Beardless One himself, below:

February 2009 (Don Pedro’s, Brooklyn): It was Super Bowl Sunday, so a scheduled late show didn’t start until even later because the game was still going on. Moshiach Oi! was the last of four bands, which meant that they played from 1:15 to 1:45 am. There were four people (including the drummer of one of the earlier bands) in the crowd when Moshiach Oi! started playing. By their last song, I was the only audience member left and Yishai was giving me the microphone to sing the “Oi! Oi! Oi! Oi! Oi!” part of the eponymous song “Moshiach Oi!”

August 2009 (Piano’s, Manhattan): This was the CD release show for their debut album, Better Get Ready, as part of the Shemspeed Summer Music Festival. I wrote for heebnvegan, “They generated a mosh pit that at times was quite fierce, rocked out hard, and were accompanied by guest maraca player Mr. Rattles. … Despite many songs’ basic lyrics, no one could deny the power of Yishai’s words when he screamed ‘Shema Yisroel’ while crouched down in the pit.”

October 2009 (Millinery Center Synagogue, Manhattan): After Shabbat ended, Moshiach Oi! played a show that didn’t start until after midnight. Blanket Statementstein also performed; the band has varying lineups, but I believe this was an eight-person lineup that included all four members of Moshiach Oi! Both bands are on Shabasa Records, which is run by Menashe Yaakov Wagner, the guitarist of both groups.

June 2010 (Sixth Street Community Synagogue, Manhattan): Moshiach Oi! played at the Punk Jews fundraising party, along with Blanket Statemenstein, Golem, and Y-Love. As I wrote for heebnvegan, “I’ve seen Moshiach Oi! four or five times, and the Punk Jews show will go down in history as the night they really came into their own. Frontman Yishai Romanoff sacrificed the intensity of a second guitar so that he could reign over the microphone and immerse himself in the pit. As he preached to the audience (which he repeatedly referred to as ‘Jewish people’) and thrashed about, he was at one with the crowd and developed a strong rapport.”

November 2011 (Alphabet Lounge, Manhattan): Moshiach Oi! played with Rocka Zion (a Shabasa band that includes some of the same people) and the Gangsta Rabbi. As you can hear 0:04 into this video, Yishai dedicated Moshiach Oi!’s opening song, “Baruch Hashem,” to me.

December 2011 (Public Assembly, Brooklyn): Moshiach Oi! played with labelmates Blanket Statementstein and Rocka Zion. This might have been the first Moshiach Oi! show where I spontaneously took off my main shirt (but left my undershirt on) during the performance to feel unencumbered while rocking out.

October 2013 (Drom, Manhattan): This was the DVD release show for Punk Jews, and it was the fourth screening of the film that I attended. Afterward Moshiach Oi!, Breslov Bar Band, and Amazing Amy performed.

August 2015 (Creative Corner, West Hempstead): This was the first Moshiach Oi! show in a long while, as Yishai had been living out of state. They and White Shabbos (featuring some of the same musicians) played to a crowd that consisted largely of Orthodox families.

June 2016 (Town and Village Synagogue, Manhattan): I was fortunate to have Moshiach Oi! play at the book release party for Oy Oy Oy Gevalt! Jews and Punk. I blogged, “Moshiach Oi! was the right band for the occasion! … Moshiach Oi! played a 45-minute set with all of my Torah hardcore favorites, including ‘Baruch Hashem,’ ‘Yetzer Hara,’ ‘Avoda Zara,’ ‘Shema Yisroel,’ ‘The Petek,’ ‘Am Yisroel Chai,’ and ‘Avraham Was a Punk Rocker.’ The latter two came up during the Q&A when someone asked me which biblical figure was the most punk, and when Moshiach Oi! performed both, Romanoff handed the microphone to me for a couple lines each.”

September 2016 (Millinery Center Synagogue, Manhattan): I’d seen Moshiach Oi! play at this shul before, also with Blanket Statementstein opening, but this time the show was in the sanctuary and the bimah was the stage. They played “Rabeinu’s Army” for the first time, and it was so new that Yishai took over Menashe Yaakov’s guitar because the latter didn’t know the song yet. Yishai spontaneously gave me the microphone to sing “Avraham! Avraham!” in “Avraham Was a Punk Rocker” and “Am Yisroel Chai! We will never die!” in “Am Yisroel Chai.” Once again I spontaneously doffed my shirt (but not my undershirt) to feel unencumbered while rocking out.

Michael Croland is the author of Oy Oy Oy Gevalt! Jews and Punk, which was published in April 2016 by Praeger (an imprint of ABC-CLIO). Check out the book to learn more about Moshiach Oi! and other Jewish punk artists! 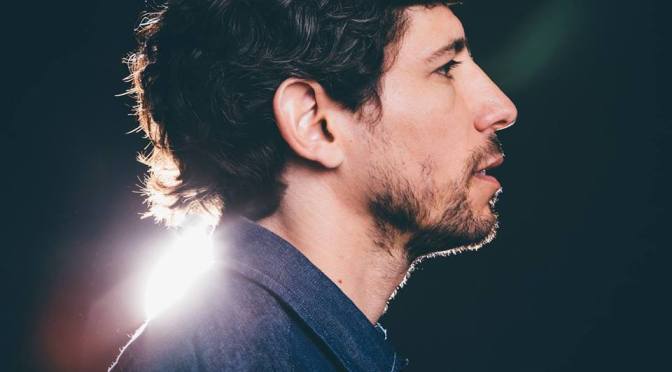 Israeli singer-songwriter Avigdor Gavish has just released his debut album, Yom Chadash (New Day). Recorded with bassist/producer Yehu Yaron at Pluto Studios in Tel Aviv, the album explores primal Jewish concepts of creation, exile, and seeking answers over a hypnotic jazz/soul blend. You can check it out on Bandcamp below: