Produced and recorded by Assaf Shahar, previously a sound tech on tracks by Hanan Ben-Ari and Roi Lavi & The Good Guys, “Baolam Ha’Amiti” is a chaotic blast of psychedelic noise rock, full of bruising guitars and manically shouted vocals that build in intensity over the course of the song, all kept tight and focused by the rhythm section of Grossberg’s bandmates, bassist Ariel Harosh and drummer Mor Harpazi. The lyrics, reportedly based on the second chapter of Tanya (Grossberg is a baal teshuva through Chabad), deal with the conflict between man’s spiritual and physical nature.

A release concert for the single will be held on Thursday, September 7, at the Tel Aviv pub Bar Giyora. Support acts will include blues rocker Shlomo Mizrachi; Omri Vitis, frontman of Grossberg’s previous post-grunge band The Bells; and brother Yonatan Grossberg, of the metal band Kadachat (Fever). Details and ticket info can be found here.

Ahead of the upcoming A Colorful World, Hasidic folk trio Zusha have released the album’s lead single and only their second video with “King” (aka “Melech”).

The artistically done video, directed by Jacob Blumberg and Bianca Giaever and starring Ma’ayan Chaya Sidof (daughter of filmmaker and Hevria columnist Yocheved Sidof), is said by the band to reflect “a young girl’s determination to discover her unique light”, as they note that “now [the month of Elul] more than ever is our most auspicious time to return to who we are.” The song’s sole lyric, a Hebrew verse meaning “We have no king but You“, comes from Avinu Malkeinu and is a recurring phrase in the High Holiday services.

As a song, “King” shows Zusha further evolving their sound from its acoustic jazz roots, incorporating subtle electronic elements and a darker, more introspective vibe, calling to mind indie-pop darlings like Lorde, Aurora, and even a softer Twenty One Pilots. Bonus points for the impossibly lush and beautiful outro.

A Colorful World drops September 4th. You can pre-order it on Amazon here. 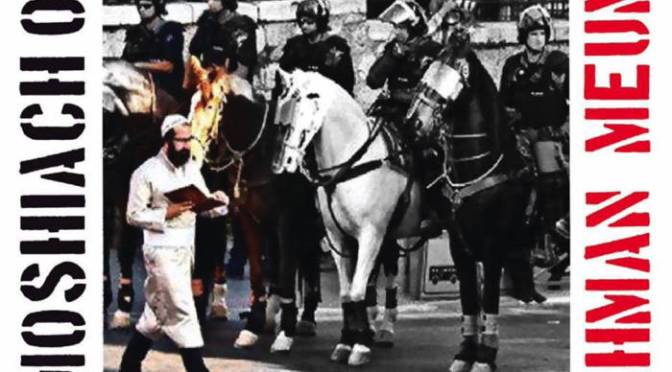 [Michael Croland was kind enough to share yet another guest post with JMU. My own thoughts on this album will be posted in the near future.]

Moshiach Oi! have narrowed their focus over the past nine years.

When I first found out about Moshiach Oi! in 2008, guitarist Menashe Yaakov Wagner described Moshiach Oi! as “perhaps the world’s first hardcore vegan straight-edge Orthodox Jewish punk band.” By the time I met and interviewed them a few months later, the label was more succinct: “Torah hardcore.” In 2009, their debut album dealt with a multitude of topics from an Orthodox perspective, including celebrating Shabbos, learning Torah, and wanting the Moshiach (messiah). In 2011, their sophomore album addressed varying topics such as Torah, idolatry, and Abraham. Reflecting front man Yishai Romanoff’s religious leanings, there was one recurring topic that stood out in five of the album’s songs: Rebbe Nachman of Breslov, a rabbi born in the 18th century.

With their newly released third album, Rock Rabeinu, Moshiach Oi! put the Rebbe Nachman theme front and center. “There is probably at least twice as much Na Nach on this album!” Romanoff told Jewish Music Underground earlier this month. “Maybe Michael Croland will be up for the task of counting how many times we say ‘Na Nach’ on the album.”

As much as I cracked up at that comment (it’s likely because of my quantitative analysis of Moshiach Oi! songs in the preface of my book, Oy Oy Oy Gevalt! Jews and Punk, and an article I wrote for Jewcy), I am not up for the task.

“Na Nach Nachma Nachman MeUman,” also known as the New Song or the Song of Redemption, can be heard in many songs on Rock Rabeinu. The title track discusses how rock (a pun on rock music and the Hebrew word for “only”) Rabeinu (Rebbe Nachman) matters. In “Rabeinu’s Army,” Romanoff sings that he’s “a soldier in Rabeinu’s Army.” “Country Petek” and “Smoke the Petek” deal with the petek, a note that Rebbe Nachman posthumously sent to one of his students, and the latter, quite amusingly, discusses “getting high” off of Rebbe Nachman’s teachings. “Ain Yeush” and “No Despair” deal with Rebbe Nachman’s teaching of not having despair.

The song “Rabeinu Rebbe Nachman” best summarized why this focus is so important to Romanoff. The lyrics explain that Rebbe Nachman sent a letter with the Song of Redemption and that it’s “the key to set us all free.” Singing “Na Nach Nachma Nachman MeUman” is the “key to the redemption of all humanity,” which is why they “spread it all around.”

Moshiach Oi! made a concept album about Rebbe Nachman. Singing “Na Nach” in different catchy melodies and cadences was certainly one way to do so, but with songs like “Smoke the Petek,” they had varied approaches. It’s still rockin’ music that’s meant to praise Hashem and bring Moshiach, but it goes about those goals in a more targeted manner.

Michael Croland is the author of Oy Oy Oy Gevalt! Jews and Punk, which was published last year by Praeger (an imprint of ABC-CLIO). Check out the book to learn more about Moshiach Oi! and other Jewish punk artists!

A new clip provides a musical sneak peak at The New Moon All Stars Party Band, a recently-formed all-female ensemble that includes Bulletproof Stockings members Dalia Shusterman and Dana Pestun among its ranks. The clip, taken by Pestun during a practice session, is sadly minus vocals (reportedly due to kol isha concerns), but the music is plenty intriguing.

Later this week, the band will be kicking off the Jewish month of Elul with a “New Moon Cabaret” at Wolf & Lamb Steakhouse in Brooklyn. Support bands have not been announced, but the show will reportedly include stand-up comedy from Soon By You‘s Jessica Schechter and art by Elanit Kayne. Details as they develop can be found here. 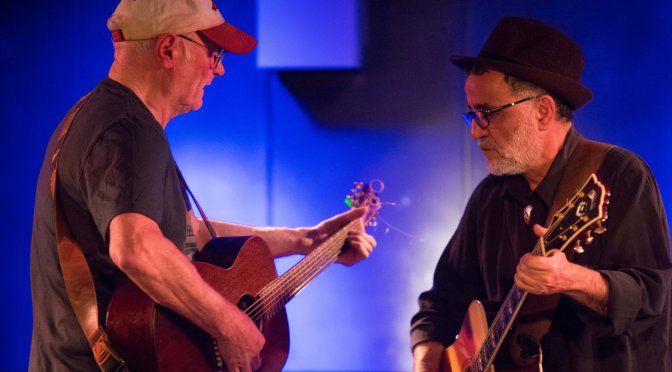 “Angel” makes a compelling case for the two artists uniting. Chapman is the obvious standout, delivering the song’s beautifully spiritual lyrics in a world-weary rasp that sounds like a cross between Tom Waits and the late great Leonard Cohen. (Really, the whole song sounds like it could be a lost track from Cohen’s final album.) Banai, meanwhile, provides a Hebrew verse and Mizrahi-style vocalizing that make a hauntingly perfect counterpoint to the song’s dark country feel, like Jo Amar guesting on a Johnny Cash song.